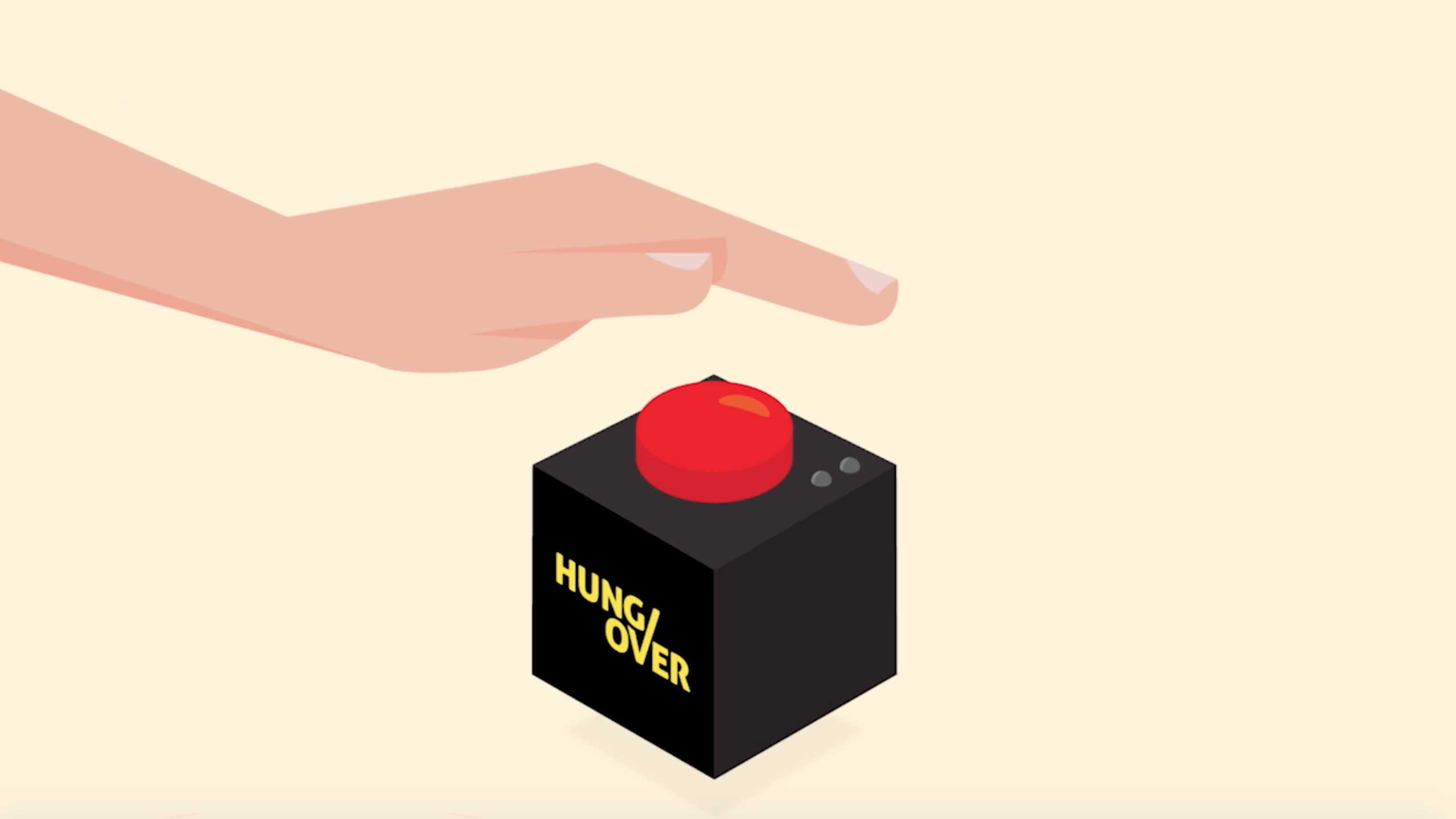 A Cure For Hangovers

Thanks to the rise of the Internet of Things we can now order groceries from our touch screen fridge , or even order toilet paper from the bathroom using an Amazon Dash. All our essentials can be ordered when we need them; we essentially live in the future. So why don’t I have something to make those blurry hungover mornings a little bit better? Well that’s why I decided to build the Hangover Button! A simple button that connects to the internet and requests a hangover-relief care package just when you need it the most; whether that be some much needed medical supplies or just a lovely, greasy bacon sarnie.

Utilising Delivery.com (unfortunately US only at the moment but launching in London very very soon), we can schedule a courier to pick up our much needed supplies at the push of our button.

For the initial prototype, I turned to the Raspberry Pi. Using a breakout cable to connect the GPIOs to a breadboard we connected a generic 16x2 LCD alphanumeric display and a simple button to the Pi and had it up and running in moments. But after some testing, I realised we could replace the screen with some simple LEDs to alert the user to things like order status and to improve some battery life.

It also turns out that the Raspberry Pi has a pretty large physical footprint, so I built a prototype v2 using the Particle Photon Wi- fi development board. This turned out to be a much nicer solution as it’s even smaller than the Raspberry Pi Zero and has Wi-Fi built in! The only thing left to do was to put it into a case. For this I ended up using a 3D printer to put together a simple box that would easily house all the internals, including the battery.

The final result was a button that you could configure to order your favourite hangover cure, and had a re-chargable battery that would last for at least a month before needing to be plugged in. (Obviously dependent on usage!)