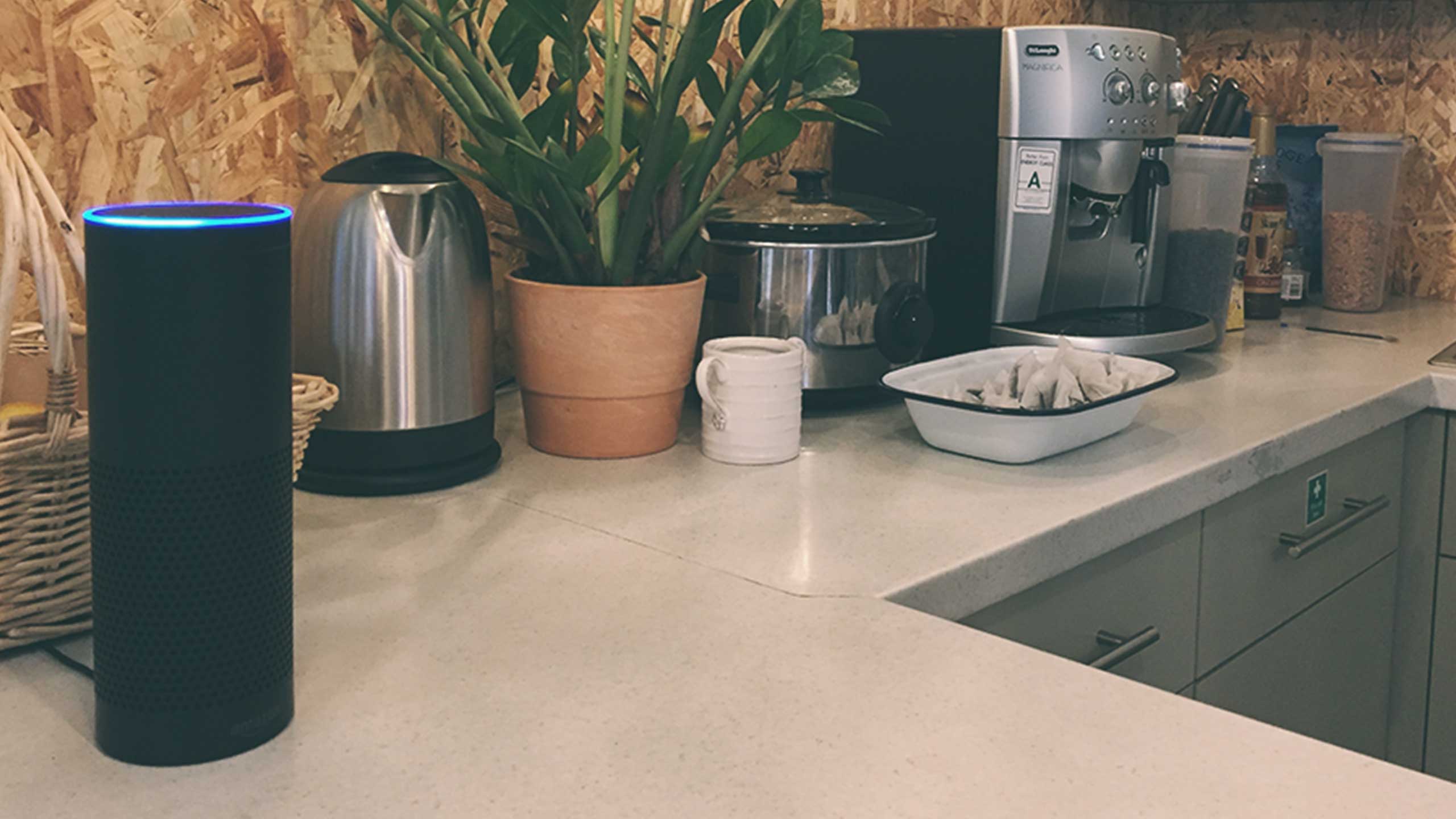 A version of this was first published on the AnalogFolk Blog

It’s a bit of an understatement to say that I was excited about the release of the Amazon Echo speaker. I had spent two years jealously watching our American counterparts living in the future portrayed in Spike Jonze’s film Her, so when I finally got the chance to get my hands on a unit, I immidiately got cracking on making some new skills for it.

The Echo is essentially a voice-activated, hands-free speaker; so my first thoughts were on creating something that could help people out in the kitchen. There’s nothing worse than making a mess in the kitchen and then getting that mess all over your computer or smartphone when you’re trying to look up the next step in the recipe.

So as with any project the first thing I did was to see what was already out there. It turned out that even though the device had been out for two years, a lot of the existing skills were region locked. This meant that the skills store was essentially starting from fresh in the UK. The only thing I could find that was similar was a Jamie Oliver skill that would “guide you through a selection of main ingredients, including meat, pasta, eggs and vegetables to help you narrow your search and find a delicious Jamie Oliver recipe for you to try.”. This seemed like it ticked all the boxes and was even featured on the Amazon Echo’s packaging as a must install skill. Disappointingly the skill didn’t actually walk the user through a recipe, it instead just emailed the user a selected recipe, negating the whole hands-free experience.