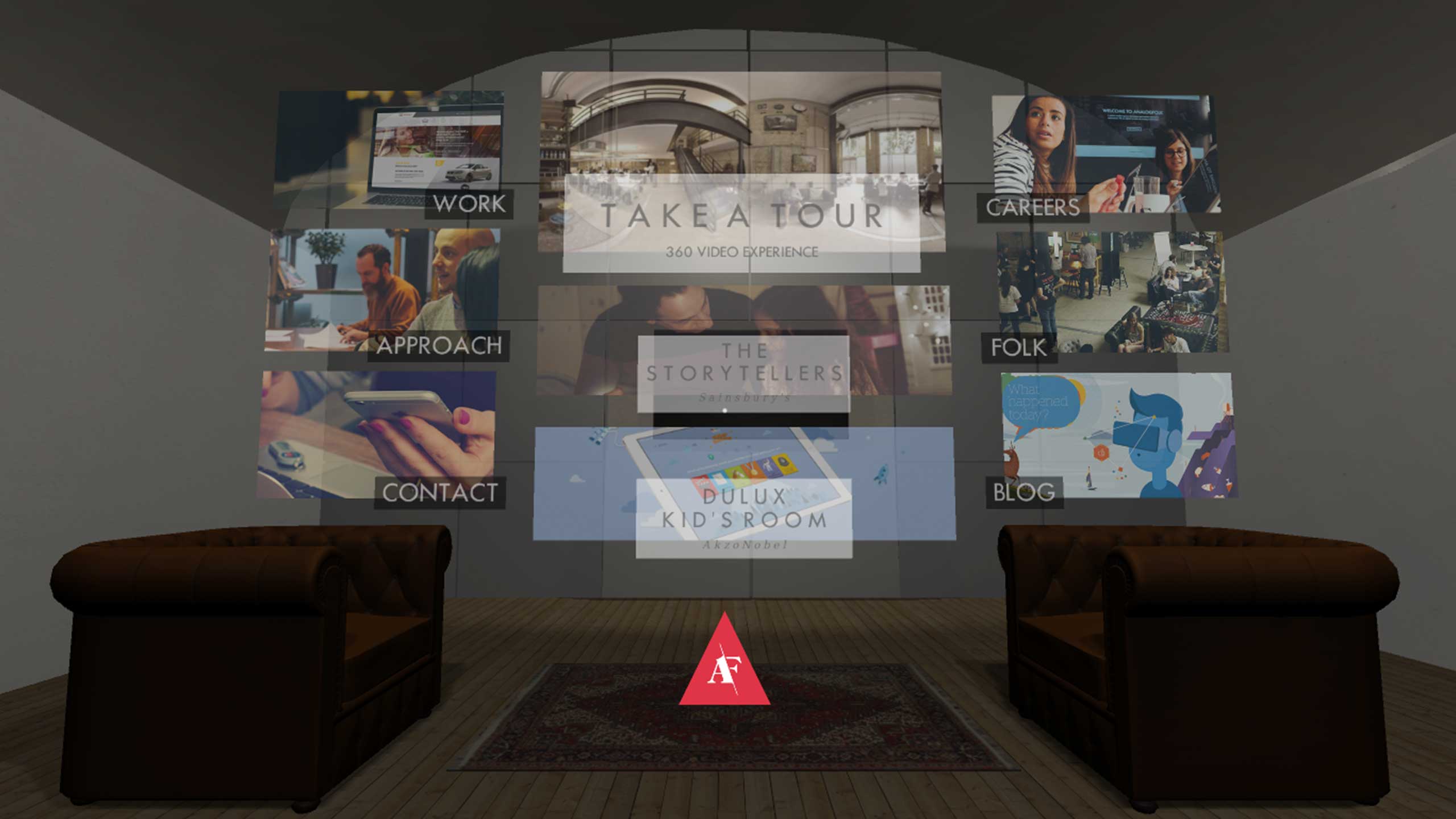 With the release of the first consumer versions of major virtual reality headset finally upon us, I got to spend a lot of time playing around in this new domain in 2016. What was immediately clear was that there was a lot of experimentation happening and that no-one was really sure what the best way to do anything was. So a few of us at AnalogFolk decided to try and work on some guidelines and a basic toolkit for our developers and designers to get started.

We decided on trying to create a VR version of the AnalogFolk website as it would allow us to to test simple things such as basic navigation, text rendering and content positioning. We ended up going through a lot of prototypes and through a lot of user testing the experience got more comfortable and easier to navigate for the majority of users; even for people who had never used virtual reality before.

Another thing that became clear when developing those prototypes was that the working version were taking too long to develop in between the design being created and a usable version being ready. So to combat this we worked on a simple toolkit that imported a Sketch file design into Unity3D and was ready to test visually and with simple 'clickable' hot-spots to navigate between pages.